Recalling that I can say with certainty that when it comes my time to go, I don't want to be buried in the ground in a coffin. I want to be driven far up into the deepest, thickest grizzly country imagineable and thrown out for the bears to eat. I can think of no greater use for what's left of me than to fuel something else's survival. Posted by Chris at PM 2 comments Links to this post. Thursday, March 31, Bear Behavior Observations.

After six years, I'm back at Fortress of the Bear in Sitka, Alaska and will be here at least through the summer. Coming back has taken some adjustment, considering the amount of time I've spent with wild bears in Montana over the past few years. For awhile, seeing them in captivity again didn't have the same impact as encountering one on a trail, but being able to closely observe and interact with them has won me over and this time around I feel more suited to be their keeper than I did years ago just because of the vast knowledge of bears I've compiled since then and how much more at ease I feel around them as a result.

That's a good thing because this time I've really got my work cut out for me: eight bears are currently housed at the facility, five brown bears and three black bears. The five brown bears I'm very familiar with. My old buddies Chaik and Killisnoo Killisnoo pictured above are still here, along with Baloo, Lucky, and Toby, the three cubs who were breaking into the facility on a nightly basis with their mother.

The trio is much bigger now, with Baloo beating out Chaik as the largest, and now most dominant, bear. Baloo regarding his reflection. The three black bears are Bandit, Smokey, and Tuliaan, a native Tlingit word that means "gentle". 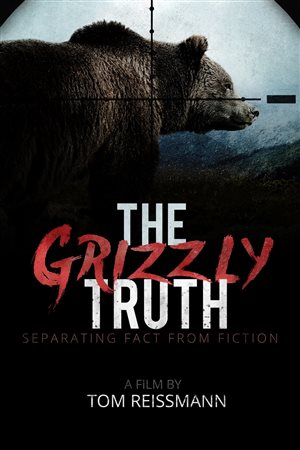 Smokey and Tuliaan were siblings orphaned in Seward and Bandit was a lone cub living in a tree in Juneau. All three are as passive and gentle with the keepers as their brown bear cousins and are impossible not to fall in love with from the first moment of interaction.

I was skeptical if any of the bears would remember who I was after so many years, but Fortress director Les Kinnear was adamant that they would and it seems he was right. My first meeting with Chaik and Killisnoo, I held my hand up for them to smell and they almost instantly reacted with recognition, licking me and taking treats from my fingers.

Toby, Baloo, and Lucky took a bit longer to get used to my presence since one of our interns primarily worked with them last time, but they've adjusted to me extremely well, as have the black bears. I feel like I know them and I get the sense they feel as comfortable with me.

Daily observations are interesting. While the black bears mostly frolic and play, the social dynamics of the brown bears, while mostly cordial, are always changing. Two or three years ago, Les constructed a breezeway connecting both habitats so the brown bears could mingle and interact with one another.

While Chaik and Killisnoo are both extremely passive, Toby, Baloo, and Lucky spent more time in the wild and can be a little more pushy. Baloo has already established himself as the bear in charge while Toby has begun courting Chaik. Lucky mostly stays on the sidelines and poor Killisnoo gets the brunt of everyone's bad side. When Chaik and Killisnoo were rescued as cubs in , Killisnoo was in bad health and didn't fully develop so he's considered something of an outcast by the wilder bears, particularly Toby, who would find him unworthy as a suitor in the wild and is instinctively compelled to push him away, so she usually dumps all her aggression on Killisnoo and keeps him trapped inside his den.

During the more intense scuffles, Chaik usually comes to Killisnoo's aid, often landing him in the doghouse with Toby.

It's wonderful to see Chaik so protective because when he and Killisnoo were the only residents six years ago, Chaik was often pushy and rough with Killisnoo, as older brothers often are with younger brothers, so seeing Chaik's devotion to him now when he's outnumbered is heartwarming. Of course, Baloo and Lucky feel equally protective of their sister so they sometimes take her lead and gang up on Killisnoo or try to block Chaik from rushing to his brother's defense, leading to some pretty hair-raising bellowing matches.

Fortunately, Killisnoo has started standing up to Toby and has backed her down a few times. While none of these confrontations have been really serious, Killisnoo did suffer a bite to the back of his knee and a bruised tendon so we've separated the two sets of bears for now to give Killisnoo time to recuperate stress-free The photo at the top was taken while sitting and talking to Killisnoo during his recuperation in the den.

Now Toby sulks and picks on her brothers because she can't snuggle up with Chaik. Posted by Chris at AM 2 comments Links to this post. Thursday, September 24, My Article Disappeared. It's been brought to my attention that my article about the delisting of Yellowstone grizzly bears - published online by the Earth Times in November - has disappeared along with the entire Earth Times website, so here it is in it's complete, unedited form. Please note the links to the IGBST website at the end no longer show the data indicated in the article due to political forces removing it to support the delisting agenda.

The grizzly bear is one of the last symbols of wilderness remaining in North America. Already in danger from a failing habitat, the grizzly now faces its potential demise at the hands of political ladder-climbing. Will we act in time to preserve the species or allow this majestic and misunderstood creature to fade into the annals of history? By Chris Nunnally. Each spring, I look forward to the arrival of summer with great anticipation.

This is that time of year when I leave my cluttered city life behind and begin migrating to the Northern Rockies of Glacier National Park. I go in search of solitude, tranquility…and bears. Grizzly bears are indispensable to me and one of the most powerful symbols of wilderness we have left. For me, the heightened sense of awareness that comes over me in grizzly country is the strongest feeling of life I have ever experienced. In my mind, that humility and awareness is the true value of wild country and is a large part of what I go out there in search of. But how long will it last?

The Glacier and Yellowstone ecosystems contain the only surviving grizzly bears in North America outside of Canada and Alaska and at least one of those populations is facing an uncertain future. Due to increasingly warmer winter temperatures in Yellowstone, an infestation of the mountain pine beetle has spread to higher elevations where it has never before been able to survive and devastated the whitebark pines and the annual crop of nuts they produce, which are a vital source of late-season protein for grizzly bears.

In , the year of the infamous Soda Butte attack near Cooke City, Montana, overall whitebark pine health was dramatically low, an anomaly that cannot be ruled out as a causal factor in the attack. The details of the Soda Butte incident are not entirely clear, the reasons why it occurred having been glossed over and left unexplained, the usual standard when it comes to bear attacks. Had the attack been predatory in nature, playing dead would have only encouraged the bear to start feeding; the fact that it let go of Deborah and went away indicates the attack may have been defensive, as if something had given the bear concern for the safety of her cubs.

Killed two days after the attack, the mother bear was necropsied and isotopes from her blood, serum, and hair revealed that for the previous two years, she and her cubs had lived on a near exclusive plant-based diet with no indications of human food or garbage present. Isotopes of sulfur, which would indicate consumption of whitebark pine nuts — what the family should have been eating that time of year — were not present, nor were any indications of having eaten meat.

Even though it was late July, the bears still wore their winter coats and they weighed in at the low end of the normal range for average bears. They were extremely malnourished.


When a female bear successfully mates, the pregnancy does not automatically take. If the female enters her den with enough stored fat and protein to support herself and young, the pregnancy will develop into a cub; if she has not built up sufficient reserves, the pregnancy will terminate itself. With the continuing loss of the whitebark, mortality rates will inevitably increase.

Natural vegetation alone will not suffice to keep bears healthy. Making matters worse, other important food sources for bears are also on their way out: berries do not grow in Yellowstone with the abundance that they do in Glacier. Cutthroat trout are threatened by lake trout, which have been illegally introduced into Yellowstone Lake. The migration patterns of army cutworm moths are being influenced by pesticide spraying in the Midwest and Alberta.

The wolf reintroduction program has resulted in an over-population that has robbed the bears of a large number of winter-killed carcasses, an often critical food source for bears just emerging from their dens in spring. The correlation between the two is undeniable. The change recorded in is very dramatic. Whitebark pine health is shown to be alarmingly low with mortalities heavily increasing.


A grand total of 28 incidents occurred that summer, including the Soda Butte attack, making the 9 of the previous year look infinitesimal by comparison. Some of these were highly disturbing, including persistent stalking of hikers and elk hunters during the late season months. In all, grizzlies died from ; a record 51 in alone. Chris Servheen, Grizzly Recovery Coordinator, told me personally that there is no evidence that whitebark pine loss will negatively affect grizzlies.

It is expected that the U. A Montana environmental group rightfully challenged this ruling on the grounds that there was no accurate way to count the number of grizzlies in Yellowstone to conclusively determine the size of the population and that the USFWS had failed to prove that the whitebark decline would not harm the bears. The delisting was successfully overturned in This is not about science or conservation. The impression left by the bear's foot is slightly wider and more triangular than a human footprint.

The bear is a plantigrade, which means the impression of its heel is most often visible in the paw print. When the bear is moving across a harder surface, the heel's impression may not be visible, which makes the bear's forepaw print short and wide. The impressions left by the bear's five toes and claws are often visible in its paw prints. The print of a bear's forepaw is 12—15 cm long without the claws. If the forepaw print is over 13 cm wide, the animal is almost always an adult male. The forepaw prints of females, young males and cubs are under 13 cm wide.

The bear's hindpaw print is 18—25 cm long without the claws. The bear usually moves by walking, i. When a bear walks, its hind leg hits the ground in front of the fore paw print, which creates tracks that resemble the footprints of a human walking without shoes.